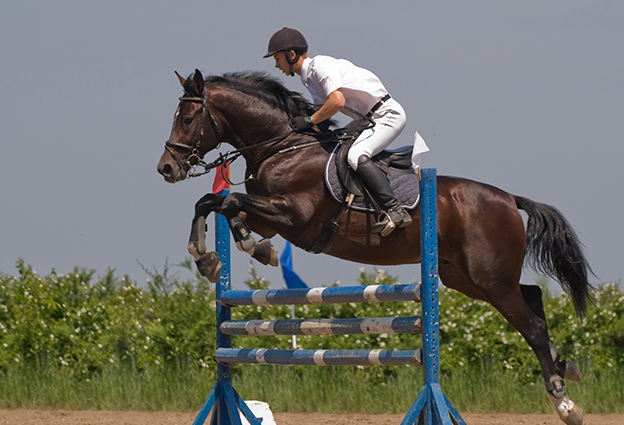 John, a twenty-one-year-old university student from Brisbane in Australia, had been injured in a riding incident two years ago. This short, blond man with a stiff, upright posture wearing loose fitting shorts and a large T-shirt hanging well below his buttocks appeared troubled and cautious when he came to my practice. He returned my handshake with a weak sweaty palm. Without bending down, he managed to kick off his untied trainers by shaking his feet.

No Obstacle Too High
He felt very vulnerable with tears streaming down his face as he told me his story. I reassured him that I would be his listening ear for as long as he needed. Two years ago whilst show jumping, his horse had abruptly stopped in front of an obstacle 90cm high, making him fall onto the dry ground and land on his tailbone. At first he had no significant pain nor discomfort, so he continued training until a sharp shooting pain up his spine made it impossible for him to stay on his horse.

Time didn’t heal the problem. The pain and discomfort got worse by the day, intensifying and spreading up into his spine and neck. After an X-ray, showing a normal spine curvature and mild misalignment of the tailbone, he was referred for physiotherapy and given pain medication. Unfortunately, the physiotherapy treatments did not solve the problem and he became dependent on wearing a girdle to support his lower back and taking prescribed pain medication.

The tenderness around his tailbone and his lower and upper back pain made it difficult for him to sleep, sit or walk for too long. His energy was fading as well as his focus and he found it difficult to follow his studies to satisfaction. From being a healthy, energetic and popular young man and a good and focused student, he had become introverted and inactive – John was left in despair!

I believed I’d be able to help him with just two sessions. The X-ray findings combined with the physically presented problems, like back and neck pain, facial expressions and lack of focus, gave me a strong indication of what might be causing the problems. The tendons around his tailbone and upper neck were too tight, causing irregular rhythm of the electrical impulses of spinal fluid within his spinal cord.

I released the implicated tendons and ligaments with gentle small moves and finished by opening up the area between the shoulder blades. Almost immediately, he exclaimed that something had happened in his body. He was not quite sure what it was or how to explain it, but he felt better, as if his eyes had become clearer and his body had become calmer and more grounded.

‘I feel a soothing flow of energy emanating deeply through my body from head to toe,’ he said. ‘It’s like I am being re-energised and my body is repairing itself.’ 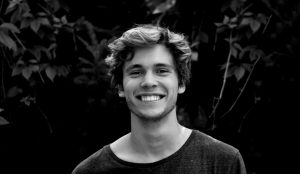 Jumping Back into a Pain Free Life
On his next visit I greeted a very happy young man wearing fitted trousers and a T-shirt. Gone was his lower back girdle, and he was now able to bend down and untie his shoelaces with ease. He walked into the room with confidence, his upright body indicating strength and health.

John was not just impressed with the positive result, he was astounded and felt like he had been given a second chance in life. His constant lower and upper back pain was gone and he felt that his eyesight had become clearer. It was as if he was back in control of his body again.

After his second, and final session, I was sitting in front of a twenty-one-year-old man ready to take his own life back. He was excited to resume his beloved physical activities like fitness training, trekking and horseback riding, enabling him to get his normal active and carefree life back on track.